The Ebola, Constructive Engagement and the SEA

We have all in various ways condemned the poor response to the Ebola epidemic by Sierra Leone's Ministry of Health. The loudest critic ironically was the President's own Special Executive Assistant who wanted to seize this opportunity to remind Sierra Leoneans that yes, she is a medical doctor and considers herself one of the best doctors in the country,  though she has yet to give an injection. Of course she just couldn't pass up this opportunity to once again engage in her usual malicious attacks, this time her target being the country's Minister of Health Miatta Kargbo and the State House Communications teams. Now that the journalists in Sierra Leone have decided to just ignore her rabble rousing, she seems to have closed that attack avenue, at least for now. 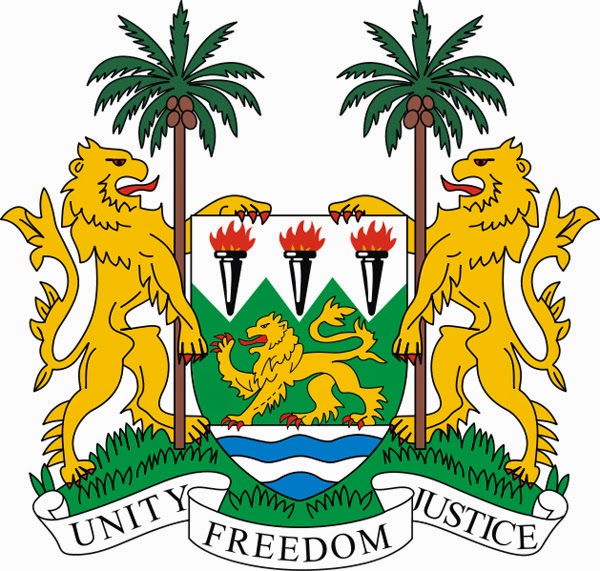 To raise awareness of her anger at being sidelined in the Ebola response and,  as she says, disrespected by people not yet of "cabinet rank," the Special Executive Assistant embarked on a sit down strike which she publicized daily all over Facebook,  the second of such strikes in as many years.

Unfortunately however, during this second one person strike, the President decided that now was not the time to embark on some unnecessary morale boosting and decided to just ignore her juvenile antics. If she wanted to stay home that was her business. 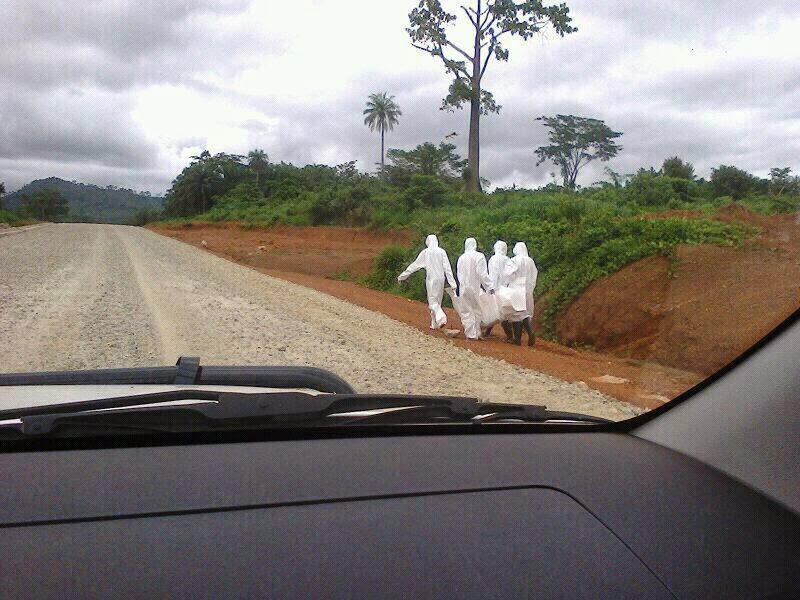 Well it seems being made to feel unimportant and irrelevant has suddenly paid off, as Sylvia has decided to use what ever authority she still has in her office to finally do something constructive.

The past week has been a visit to Canada during which she invited members of the Sierra Leone community to meet with her as she had important things to discuss. The Blog Correspondent in Manitoba said that except for those who wanted to see the real character in person,  many decided to pass up on the opportunity and instead opted to find better things to do with their time.
Undeterred,  Madam Blyden has decided to use the rest of her visit to go around hospitals and other health facilities in the area to begging for medical supplies,  purportedly for the Ebola victims.

As is to be expected this Ebola supplies gathering expedition is catalogued on a daily basis on Facebook by the SEA herself,  for her many admirers and fans back in Sierra Leone,  detailing what she would have done had she been the Health Minister and not Miatta Kargbo and vice versa. Sylvia has even let all her admirers know that she will use Seven thousand dollars of her own money to ship the supplies to Sierra Leone, to which one of her admirers replied "mommy,  only you can do this!"

Well in her absence,  there has been new additions to the cabinet and unfortunately,  Ernest Koroma has still seen it necessary to keep Miatta Kargbo at the health ministry,  which creates an interesting logistical dynamic for the now Ebola supply gathering Blyden. Will she, when she goes to Sierra Leone, hand over the Ebola Supplies she has used her office to beg for to the health ministry, or will she set up her own parallel Ebola assistance network so that Miatta Kargbo will not get the praise? Well we will just have to wait and see. No matter what,  Mwen Ke Devire, the Freetown Segbwema blog correspondent, will be ready with the details for the readership of the blog.

Sylvia may yet have the last laugh as news from Sierra Leone is that her arch nemesis David Tam Baryoh's popular radio program Monologue is about to be yanked off the airwaves in Sierra Leone. The loss of Monologue will be a huge loss to political and social discourse in the country, but Tam Baryoh has in recent times been courting some negative controversy and the chickens could just be coming home to roost, metaphorically. But that will be the subject of another Blog post.