Always stand up for your right in America 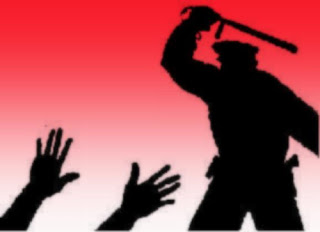 Samba Kokofele was a born survivor. In 1988 his father, Boakai Kokofele, had won a scholarship to study medicine in Cuba. Boakai had left Samba and his wife Baindu with his parents in Jojoima and left the shores of Sierra Leone with grand ambitions. Cuba had proven to be a big disappointment to Boakai as everything, including news was tightly controlled and there was a shortage of almost everything.

He missed the taste of newly harvested native rice, "makondo" fish, palm wine; straight from the tree, and fresh palm oil, but most of all he missed being unable to communicate with his wife and son back in Sierra Leone. Living in Cuba was like living in a large detention camp and so, on the first opportunity he had to go Venezuela for vacation, Boakai never went back. He was able to stowaway on a merchant ship bound for Miami harbor in USA. He lived as an illegal immigrant in USA for many years, doing odd jobs and living anonymously for many years before he could get a permanent resident card, and eventually citizenship.

When the war broke out in Sierra Leone in March 1991, Jojoima was one of the first towns to fall under the control of the Revolutionary United Front (RUF) rebels and Boakai lost track and news of his family. After about five years after the start of the war, Boakai received the tragic news that his wife and son Samba had not survived the first attack on Jojoima and his parents were abducted by rebels. Upon hearing the news, Boakai became extremely depressed and threw all his effort into college work, at which he excelled, eventually obtaining a masters degree in applied statistics and getting a good job in the state department of revenue. He eventually went on to marry a Haitian immigrant who abandoned him for a Haitian truck driver as soon as her papers were regularized.

On a cold Sunday evening in 2004, Boakai was sitting in his living room listening to his favorite TV program "60 Minutes" on CBS when the phone rang. As he was not expecting a call from anyone he let it ring for a full 30 seconds before he reluctantly got up and shuffled across the room to answer it.
"Hello, who is it?" He asked.
"Papa its me," an urgent voice answered.
"You must have the wrong number," Boakai replied.
"Is this Mr. Boakai Kokofele?" the caller asked, sounding desperate. "Yes it is," Boakai answered.
"Papa it is me, Samba, your son. I am calling from Monrovia." Boakai was quiet for several seconds, as for the first time in his adult life he was simply at loss for words.

"Papa are you still there?" "Yes," Boakai replied the tears flowing down his cheeks. He did not want to believe, but the voice was unmistakable, as even after all these years he could still recognise his son's soft voice.
" Years ago, somebody told me that you and your mother did not survive the war. I even had a memorial service for you. They told me that the rebels had killed you and Baindu and abducted my parents."
"No Papa that was never true," Samba Said. "When the rebels attacked Jojoima we had gone with grandma and grandpa to Baima Mandu that day to sell palmoil. It was from Baima we learnt that Jojoima had been attacked. We tried to come back to Jojoima, but there were rebels everywhere. We were able to bypass Baima and walk for five days to Liberia. In Liberia, the rebels caught us, took all our money and made us transport cocoa they had stolen in Sierra Leone to Gbanga. In Gbanga one rebel commander befriended mama and took us to work on his farm. We became laborers on his farm for five years. Gbanga was very hard for Grandma and Grandpa and they became sick and died three years after we got there. Mama married the rebel commander and they had two children. He did not like me and used to maltreat me all the time. We worked on his farm for very long hours with very little food. Life in Gbanga became unbearable and one day we were able to join some friends and escaped to Monrovia where I registered at a camp for Sierra Leone refugees. I started attending the refugee school at the camp and did so well that I was made the school prefect. Last month I told one of my teachers about you and he said that there was a way to search for a person through the internet. He searched and found out that you were living in America and there was also a telephone number. I saved all my money last month, bought a phone card to call you today. I am so happy to know you are well as we did not know where you were all these years."

Boakai was overjoyed to hear from his son, especially when he told him that he had completed high school. He told all his friends who were equally happy to hear the great news and they even had a small thanksgiving dinner to celebrate the joyous event. Over the next months Boakai contacted a friend of his that was living in Banjul, Gambia and made arrangements for Samba to travel to the Gambia to be living with this friend while he made arrangements to file papers for him to come to the United States. After months of delay and the filing of mountains of paperwork, Samba was finally granted an immigrant visa to the United States of America.

Samba came to America on a cold day in January, and his father was at JFK to meet him. Mere words cannot adequately describe Boakai's Joy at meeting his son after long having given him up as dead. He gave the tall boy, a spitting image of himself at that age, a bear hug and help guide him to baggage claims to collect his belongings. He informed the boy that they would spend two days in in New York, time to do some shopping and get to know the "Big Apple" before 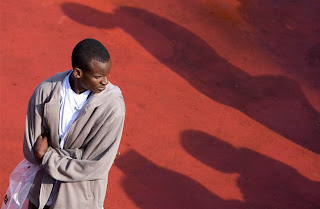 heading back home to Miami.

It was a long day, physically and emotionally exhausting. Boakai was happy that his son had grown up to be a sober and wise young man, in spite of all the obstacles life had thrown in his path.

That night as they lay in the King sized bed of their hotel room at the Sheraton, Samba told his dad about his life during the war. "Behind rebel lines Papa, we had no right. As long as you did not carry a gun, you were considered less than human. Rebels used us as farm workers and transport. When they looted or harvested produce, we sometimes had to carry these goods on hour heads for over forty miles. If you had a good shoe which they wanted, they just took it off your feet. If they fancied your wife, your life was in danger. You were only safe if you were under the protection of a rebel commander, otherwise you had the same right as a stray dog."

Boakai assured his son that in America he had nothing to fear. "In this country, the most important thing a person has is his right, and even the President cannot take that from you. You have come to this country as a legal citizen, and the only thing you cannot be is a president, but you have the same right as any other American citizen and never, I mean never let anybody, no matter who they are, take your right away from you. Always stand up for your right in America, as that is the most importantr asset you have in this country.
Samba was very happy to hear that he was now in a country where nobody could take his rights away from him, and for the first time in years he slept, feeling very safe.

Three months after Samba came to America, he was walking down a narrow street in Miami just minutes from a store where the police had just been informed that a young tall black male had held up a store cashier and robbed her of $ 2000.00. As the police were going down the street on of them saw Samba, who was walking quickly as he was about to be late for a medical appointment.
"Suspect in sight, tall black male in black striped pants and and white short sleeve shirts," the police officer radioed bake to headquarter. "Please send back up to Bay Avenue North"

The young rookie male officer, enthusiastic to catch his first suspect, drove his car up to the curb just in front of Samba, leapt out of the car, removed his hand held swiftly from the holster, and pointed the pistol at Samba. "Hands up sir and dont move", Samba, thinking that the officer was talking to somebody else decided to move quickly from the area as he did not want to get mixed up in anay problem. "Suspect fleeing arrest on foot!" The rookie cop radioed back to headquarters before he chased Samba and grabbed him in a flying tackle, knocking him to the ground.
Samba remembered what his dad had told him in the hotel, "always stand up for your right in America" and grabbed the police officers hand, shouting "I know my rights!"
At this time some back up officers were on the scene and charged Samba with drawn batons and flogged and kicked him till he was subdued. They then handcuffed him and dragged him to a waiting squad car, where the rookie cop gave him a last kick in the rear as he was pushed violently into the vehicle.

Samba spent two days in jail before his dad was able to locate him and the whole situation was revealed to be one huge mistake. The police said Samba had never tried to explain himself, but had reacted violently, and the arresting officer had felt threatened. All charges were dismissed.

As they were going back home, Boakai looked at his son, his eyes and lips still swollen and asked,
"Samba, why did you resist arrest and not just be calm?"
Samba was surprised by the question. "But Papa you were the one that told me that in America one should always fight for their right."
"Well," Boakai Said, "Never fight for your right when police are involved. with the police, the best way to protect your right is to keep quiet and obey"
Samba looked at his dad strangely and made a mental decision not to take any of his advice seriously in the future.
- December 09, 2009 1 comment: