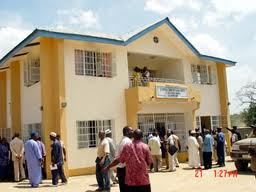 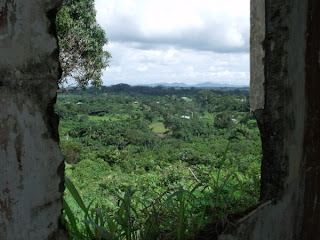 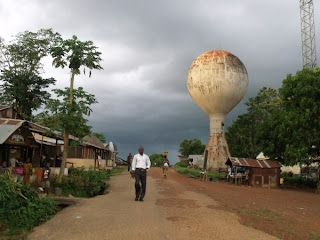 My name is Sheku Sheriff and I just love writing about Segbwema, my home town. I was born on the 14th day of December, many years ago in Nixon Memorial Hospital Segbwema, one of the few teaching hospitals in West Africa at the time. I grew up on Lansana Street in Taiama, the area of Segbwema that is settled mainly by the Mende ethnic group. Segbwema is one of the main towns in the Eastern region of Sierra Leone.

Segbwema is a hilly town that is divided roughly in two by the small river Nyeya, which is a tributary of the Maleh river. The town belongs to and is the headquarters of Njaluahun chiefdom, a major chiefdom nestled between the Moa and Maleh rivers. Njaluahun is bounded by the eastern chiefdoms of Nongowa, Jawei and Kpeje. Contrary to popular descriptions of Segbwema as a purely Mende town, Segbwema is one of the most diverse small towns in Sierra Leone and the human geography of the town reflects this diversity

The main indigenous ethnic group in Segbwema as the case in most towns of the Eastern Region, are the Mendes. The Mendes are mainly concentrated in the Taima, Pendembulo, Kabalahun, Manina, Sosso Town, Largo Square and Nyekehun sections of Segbwema. Madingos and Fulas represent the other main ethnic groups and they are mostly located in Konotown, which is arguably the largest section of Segbwema. Temnes are mainly in Sosso Town and Kono town and the indigenous Limba population are located at the four main entrances to Segbwema; Largo Square, Kabalahun, Sosso town and the Segbwma-Daru road. Segbwema also has ethnic Hausa, Konyanka and Krio populations. The reason for the multi ethnic nature of Segbwema stems from the fact that it was a major trading center during the heydays of the railway as it was the last major rail town in the Eastern Province and also because it had the best Health Care center in the Eastern province, the Nixon Memorial Methodist Hospital.

The wonderful thing about Segbwema is the fact that the various ethnic groups have existed in the town for decades without any significant problems. Segbwema, though it is a rural town has a truly metropolitan feel as all the various groups have a strong sense of community and citizenship. Everybody participates without fear in the internal politics of the town and we date and marry without much regard to ethnic or tribal affiliations. One major reason for this close knit multi-ethnicity is that every body in Segbwema speaks Mende and almost all speak Krio. In essence there is no communication problem among the different communities. Segbwema is also unique in that every ethnic group is allowed to serve in the administration of the town, either as chiefs or as tribal authorities. This allows every group to believe that they have a say in the future of the town and authority in affairs of the town. This unique model minimizes conflict and makes the childern in the town grow up to see themselves as one; citizens of Segbwema, rather than viewing themselves as Mende, Temne, Limba, Madingo, or Krio.
As most of the major towns in rural Sierra Leone, Segbwema was heavily destroyed during the civil war. Most of the developments we were proud of; our secondary schools, Wesley and Holy Ghost, our police station and police barracks, the Nixon Memeorial Hospital, the Nixon nursing Schools, the Standard bank and many other landmarks were burnt down by rebels of the RUF and other disgruntled and unpatriotic entities. Those of us Segbwema citizens in the global Diaspora who want to help have formed the Segbwema Development Association (SEDA), which is aimed at investing in the resuscitation of the educational, agricultural and healthcare infrastructure in the town, and are calling on the whole world, especially Sierra Leoneans abroad, to assist in this humanitarian venture.
- January 10, 2011 1 comment: