As the saying goes, once bitten, twice shy. In Sierra Leone, the Julius Maada Bio led government has been very eager to prevent a repeat of the 2014 health care crisis in the country that caught national and regional leaders flat-footed, resulting in the loss of thousands of lives.

During the 2014 Ebola epidemic in Sierra Leone, the country’s health care system almost collapsed under the weight of the unprecedented demand for medical services. The Ebola crisis was only brought under control as a result of the massive direct international response by many foreign health personnel, immense personal sacrifice by local health care workers and a change in the disease response strategy on the part of the country’s leadership. The Ebola debacle led to the dismissal of the Health Minister at the time and the appointment of the Defense Minister to head the Ebola response.

With the current covid-19 epidemic wreaking havoc in countries with more advanced health care systems, President Bio, who has recently faced criticism by members of the opposition All Peoples Congress (APC) for  frequent international travels, has stayed in the country over the last few months and taken the lead role in planning a systematic response to covid-19, were it ever to enter the country.

Primarily, the government’s effort has been geared towards developing systems that would prevent the introduction and spread of covid-19 in the country.

A few weeks ago, the President visited the country’s border posts and urged authorities at these posts to be vigilant in screening land travelers using border crossings in order to prevent cross country spread of the disease. He also assured them of his support and reminded them of the last Ebola experience, a repeat of which was to be prevented for the good of all.

Having resuscitated the domestic football league that was suspended under the previous Ernest Koroma led government, the Sierra Leone Football Association has been instructed to take the dramatic step of suspending all football activities in the country, even though there has yet to be a single case of covid-19 reported in the country.

In a move that caught even his most ardent supporters by surprise, the President this week invited members of the former Ebola response group that was then headed by some of his most bitter political rivals to a consultative meeting. The meeting was to discuss a national response to a potential covid-19 crisis. The Ebola group included Rtd Major Paolo Conteh, under whose leadership the Ebola crisis response became more structured. Paolo is however regarded by many in the country as one of the individuals who epitomized the insane level of official corruption that came to define the Ernest Koroma administration.

The invitation of Paolo Conteh to State House by the President created some disquiet among ruling party supporters and other observers, with some stating that members of the opposition APC have done everything possible to stymie development initiatives in the country, just because they were not in power. Some also believe that inviting Paolo would undermine the fight against public corruption and send a negative signal that those accused of pillaging state funds would go scot free.

However, those close to the President state that with covid-19 being potentially a national crisis that could affect many individuals regardless of party affiliation, it was prudent for all who had experience in managing crises of this sort to be consulted. They opined that if APC had involved all political stakeholders im the country during the fight against Ebola, possibly, the consequences might not have been so catastrophic.  As President of Sierra Leone, Maada Bio, they argue, was focusing on more on national than political interest.

In other news, flights to the country are to be suspended from Saturday March 21st, in line with the response of other countries in the region. Visitors from countries with known covid-19 infections are being quarantined at Lungi airport, though the quarantine process has been criticized for inadequate planning. The authorities are also discouraging congregation of large groups around the country.

The fight against the current coronavirus pandemic around the world is being complicated by the sheer amount of disinformation being spread on social media platforms.

In countries where people are not very skilled at distinguishing between good and bad information on these platforms, or where the public authorities are not being vigilant about educating their populations about the true nature of covid-19 infections, there is the risk of people being misled by the preponderance of false information, potentially resulting in very negative consequences.

The CDC reports that some people with the covid-19 infection have suffered only mild symptoms, whilst others have had very severe symptoms. For some of the more unfortunate individuals the disease has been fatal. The organization therefore offered some guidelines for public education.

According to the CDC, the following symptoms may manifest themselves in an individual about 2-14 days after being exposed to the virus:
The CDC also advises that if an individual develops difficulty breathing, or there is persistent pain or pressure in the chest, or the person becomes confused or unresponsive, or the lip or face changes color, medical attention should be sought immediately.

In order for individuals to protect themselves and those around them, it is recommended that the following be done:
Here in Minnesota there has been 3038 tests with 89 confirmed cases and 24 recoveries as of March 19, 2020. Because of the shortage of testing kits in the state, only people experiencing severe symptoms, vulnerable groups and health care workers are currently being tested.

Speaking at a news conference on Thursday March 19, 2020 Minnesota Governor Tim Walz stated that he is not yet ready to order a shutdown of the state as other areas are doing. As of now, Minnesotans are stocking up on supplies of essentials. Some retailers are raising workers pay to encourage them to come to work and Amazon is currently hiring at its distribution facility in the state.

COVID-19: Our Own Pandemic

The Covid-19 outbreak becomes the first truly global flu pandemic of our own lifetime.

China, from which the first cases of the virus were reported, currently stands at 80,894 reported cases with 3,237 deaths, followed by Italy, with 31,506 cases and 2,503 deaths. China quickly adopted very stringent control and quarantine measures when the infection initially became publicized, and they seem to have gotten the disease under control, with only 13 new cases reported, while Italy seems to still be struggling, with 3526 reported new infections.
Source: https://www.worldometers.info/coronavirus/

Iran, Spain and Germany round up the top five high infection countries, with South Korea, France and USA following behind.

In USA, the current number of infections stand at 6,482, including 1819 cases and 111 deaths. In our state Minnesota, the current number of cases officially reported by the department of health is 60, all active. It was reported this afternoon that health care workers are now among those infected, and the state government has created new testing criteria that would limit the number of tests given, due to a shortage of coronavirus test kits in Minnesota, according to local news channels and the health department.

Earlier today, the Minnesota Department of Health (MDH) circulated a letter instructing health care providers in the state to focus coronavirus tests on specimens with the highest priority, namely those from hospitalized patients, health care workers and people living in settings such as nursing homes, assisted living and other similar facilities. 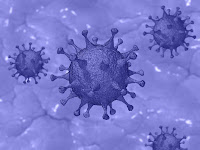 As of Tuesday about 2,336 people have been tested in Minnesota. In neighboring Wisconsin, the Wisconsin Department of Health Services reports 72 positive cases with 1038 negative tests so far.

In Minnesota, 13 counties have now reported positive coronavirus cases including the two most populous counties of Hennepin and Ramsey which are home to the state capital St. Paul and the neighboring twin city of Minneapolis.

The Minnesota Department of Health has advised all residents being evaluated for COVID-19 to practice self isolation and self monitoring.

Self isolation guidelines involve; staying at home, separating yourselves from other inhabitants in the home-including the use of separate bathrooms, wearing face masks, not sharing household items and washing hands frequently with soap and water or using an alcohol based hand sanitizer.

Self monitoring involves checking yourself for worsening symptoms, which include having increased difficulty breathing or developing shortness of breath. The state advises those who are having severe symptoms to call 911 for immediate emergency medical attention.

Long-term care facilities in the state have also been instructed to develop stringent measures to prevent potential acquisition and spread, as the population of these facilities comprise mainly the elderly, the population of individuals most vulnerable to COVID-19.  Some facilities have already  entirely prohibited visitors and staff are monitored daily before they are allowed access to their work sites.

With the increasing number of cases in the country and the seriousness with which the disease is now being taken by President Trump, more people are now taking the outbreak seriously. Dire warnings from national health experts cautioning that if Americans do not modify their ways of life, significant numbers of cases and fatalities could result, have also motivated the change in public behavior.

Stores in our Saint Paul neighborhood are quickly running out of supplies of crucial items like canned foods, cereals, and sanitary supplies, which are quickly picked up by anxious shoppers, as soon as they are stocked. Paper towels, toilet tissues and hand sanitizers are now precious commodities in our neighborhood.

Last evening, I visited the local Midway Target and couldn't find a single roll of toilet tissue or paper towel, but was met with rows of empty shelves in the aisles that usually carry the items. There were also very little household cleaning items, with rows and rows of aisles standing eerily empty.

This evening I had no luck at my local Aldi's, where canned food items were being rationed to 4 cans per household per day. State resident being advised to give early morning shopping hours preference to elderly people, in order to prevent them coming in contact with large crowds.

For a country in which we are always on guard about violations to our freedoms and rights, the coronavirus is making even the most intransigent listen very keenly and comply willingly with directives from the state leadership and national leadership. The coronavirus is bringing the rare feeling of we are all in this together.