Book of Job-Richie Spice. A must have album for any serious reggae fan 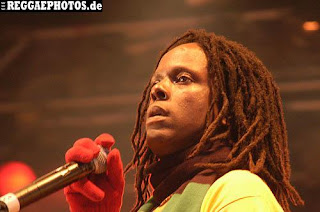 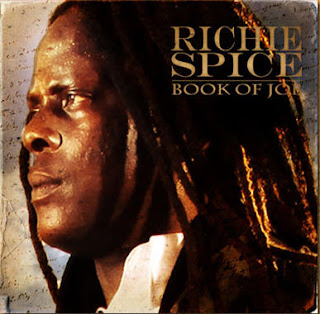 BBC Review
"Another essential set from the Jamaican star."

Richie Spice never strays far from the template that has served him so well as a singer – keeping to simple, soulful songs and uplifting messages. Fifth album Book of Job continues previous outing Gideon Boot’s biblical theme and, while boasting fewer tracks than its predecessor is, tune for tune, just as strong.

Spice chose the title to compare Job's faith in the face of misfortune with his own persistent approach in a volatile industry. Fittingly, he has continued working with both veteran producers and fresher blood. Where Gideon Boot was mostly helmed by Bobby Digital, Job’s rhythms come mainly from Donovan Germain of Penthouse – who produced Bushman’s Peter Tosh tribute Bushman Sings the Bush Doctor and the youngster Romain Virgo for VP in 2010.

Germain and Spice strike extra hard with the Randy Crawford reinterpretation My Life (previously released on Ronald "Sunny Spoon" Wright’s less traditional Chemistry backing). They again pair up nicely for Confirmation, on the rhythm to Virgo’s No Money.

Younger star-producer Shane Brown offers his thumping Indiscretions bass for Soothing Sound – which asks musicians not to squabble. He also lends the well used, synth-string-heavy Nylon rhythm for Serious Woman which – along with Mother of Creation and delightful Raging Fyah production Black Woman – forms part of a trilogy of tributes to the ladies. Spice prefers action to words, and he and dancehall beat-maker Lenky Marsden prove it with the catchy Yap Yap, warning of the dangers of gossip. Meanwhile, the deceptively upbeat self-production Legal was inspired by Richie’s moving visit to Gorée Island off the Senegalese city of Dakar, which was a holding area for soon-to-be-transported slaves.

Earlier albums, such as 2005 effort Spice In Your Life and 2007’s In the Streets to Africa have been lengthy ambitious works. This time, with fewer songs and another safe pair of ears and hands at the controls, Job doesn’t quite hit the heights of Africa but is still an essential set.
- March 28, 2011