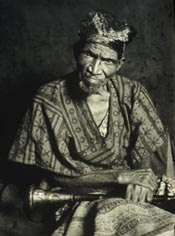 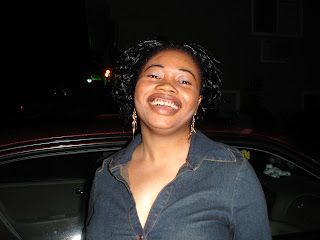 1. Rebels met an old man and his son running from a village that had just been attacked. "Halt!" the rebels shouted to the two. We would let one of you go and shoot the oldest. The man looked at his stubborn son, turned to the rebels and said, "This is my son, but he is very old."

2. RUF rebels went to department of treasury, stole 7 computer monitors and distributed it to take home. In the evening one called the other and said, "my TV does not have a tuning knob." "Mine does not have work too," The other replied. They went to a TV repair shop, arrested the technician and told him to repair their TVs. "You idiots," the man thought to himself, "These are computer monitors." He did not dare say this aloud. He told them that these were advanced TVs that could only work in Nigeria. Believing him they left the monitors alone, as they wanted nothing to do with Nigerians.

3. Rebels went to a church on Goderich Street one Sunday and said they were there to kill the holiest man. "That must be the pastor, " a young boy in the congregation said. "You bloody idiot who told you that?" The pastor Said. "I do not even believe in God, just here to collect the collection plates."

4. RUF Rebels drove us from our house for a week. When we came back to Freetown after Ecomog, we met one of them there with a big stomach. He had been drinking water out of our toilet basin, thinking it was a water pot.
- May 30, 2008