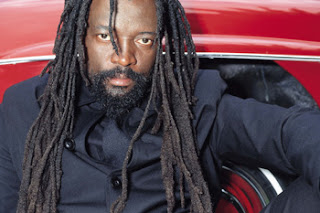 Thursday October 18 2007 will be a sad day in African history, as it was the day that the prophetic African reggae superstar Lucky Dube was senselessly gunned down on the streets of Johannesburg in an apparent car jacking attempt. I did a night shift the previous night, came home, warmed some small food and sat on my computer to read African news, went to BBC news African page and was hit by the news that left me numb for the whole of the day. There are very few instances in my life in which I have felt so much hurt as on that day.

My experience with Lucky Dube started when I was a young "O" level graduate from Segbwema, doing sixth form work in Sierra Leone Grammar School. Adjusting from the rural communal life in Eastern Sierra leone to the individualistic commercial life of urban Freetown was particularly hard as my sister Massah Kanneh, who had been the shoulder I had leaned on all my life had relocated to British Guyana on a UN assignment. My only solace those days was to indulge myself into my science texts and listen to relevant reggae music. Lucky Dube sang about hope, freedom, equality, injustice, poverty, and optimism. In one of his songs he sang "what type of a rich man are you,Who doesn't care for the poor people... Do you feel happy when you see another man's sad face? The bible says "blessed is the hand that giveth than the one that taketh"

He therefore, really appealed to me as I could directly relate to all that he sang, seeing how the few were wealthy in those days of the early 90s back in Freetown, whilst the vast majority of the people could not afford even a decent daily meal, let alone three.

During the rebel war in Sierra Leone, most Liberians who were displaced and resettled in Sierra Leone related to the tunes of "Remember me" The song was about a father who left for the city to look for fortune many years ago and never came back. The tune "daddy wherever you are, remember me, in whatever you do, I love you,"

In preaching racial harmony, two of his quotes will always stand the test of time he sang that "we are different colours, but one people" He also said "not every black man is my brother, and not every white man is my enemy"

For someone who grew up in racially segregated South Africa, with its history of apartheid, the state sanctioned policy of racial discrimination and suppression of the rights of the majority on the basis of skin colour, this was a real self liberation and understanding of the complexities of human nature.

How more prophetic can a person be. To the buffoons and remnants of humanity who ended such a relevant life, I hope you will be happy with whatever loot you have stolen as your day in this life and the hereafter will be wretched.

This tribute is a labour of love and once again I join the millions of Dube fans all over the world in their grief and give this as my own small contribution. As Lucky Dube aptly said it, "Rastas never die" Even today Marley is with us.Let us continue to propagate the message.
- November 16, 2007